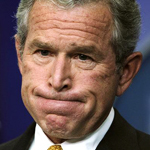 The economy is in shambles. People everywhere are struggling to make ends meet. So naturally, Republicans are worried about the richest Americans.

They’re looking to make Bush’s tax cuts for the rich—which expire at the end of the year—permanent. The worst part is that some right-wing Democrats have already come out and agreed with the Republicans’ reckless approach, and the White House has signaled that they’re open to compromising on this issue.

This has to be the worst idea since—well, ever. And to show just how bad an idea it is, we’ve decided to gather 1 million reasons why the millionaire tax bailout is a bad idea.

We’ll use the ideas you submit in a multimedia campaign around the country, and stage a high-profile event to deliver them directly to Congress. Can you contribute a reason—or five or 10—right now? They can be as simple and short—or creative—as you want. Click here to submit your reasons.

The Bush tax cuts for the super rich aren’t just bad policy, they are bad politics too. Voters consistently reject extending those giveaways in poll and after poll.

And economists agree that the top 2%—the richest folks who the Republicans are going to bat for—don’t spend this money, meaning this tax giveaway doesn’t have any stimulative effect on the economy. But struggling families will spend it. They need relief now, and that will help our economy.

With Republicans committed to bailing out their rich, corporate friends to the tune of $700 billion at the expense of middle class families, it is essential that Democrats stand up.

Can you submit a few of your own reasons for why the millionaire bailout is a bad idea right away?

Thanks for all you do.

–Nita, Peter, Michael, Daniel, and the rest of the team

View all posts by calcivilrights